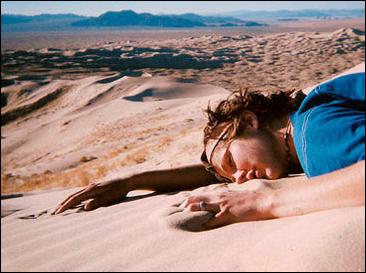 In August 2015 I attended Northern Ontario Reunion at Camp Noronto, and I had the pleasure of teaching a class on God’s Changes.

The participants of this session were a very diverse group, representing a variety of theological viewpoints.  Towards the end of our session, the conversation meandered a bit, and one person began to question the wisdom of the changes made by our church in some nations resulting from the American, Australian, British & Canadian National Conferences.

This person felt that as a result of our changes, we’ve continued to lose members, our tithing contributions have continued to drop, we’re selling property, we’re not converting anyone, and we’ve put the church in jeopardy.  I was then directly asked “what did we gain from accepting homosexuals?”

In response to this question, I replied: “We gained redemption”.

Another person then asked me “What do you mean by that?” Fair question.  I offered a short explanation, which I can’t at all recall, and the conversation moved on.

But, while I don’t actually remember what I said, I do know exactly what I meant, what I was trying to say; and I feel its worth exploring in this format.

So let me begin by repeating my initial response.  By permitting people in same-sex relationships to be married by our priesthood, and to be ordained, we gained redemption.

I don’t actually mean that we the church gained redemption.  We gained the means to increase our capacity to help people around the world gain redemption.  People who might otherwise never obtain any.

The type of redemption I’m speaking of is personal redemption that occurs when people who are wrongfully marginalized or victimized or persecuted, to such an extent that they are dying inside, are empowered to feel alive once again.

There have been numerous gay people over the years, some of them young, who have been traumatized to such an extent by the experiences they have endured, as gay people, at the hands of church, state and society, that they have committed suicide.  This tragic trend has sadly not stopped.  But it cannot be ignored.

There are, now, everywhere, uncounted gay people who have been made to feel, by Christian churches, sinful, evil, unworthy, inferior, diseased, broken, defective, unaccepted, unwanted, unloved.  This cannot be ignored.

Not only have they felt unworthy of enjoying some of the same things that straight people do, but through regretful and undesirable circumstances, they have been made to feel that they are unworthy of God’s love.

Imagine feeling that you do not deserve to be loved by God.  We are told all the time that God loves everyone.  Imagine being forced, by the message that you are continually receiving from everyone around you (family, church, friends, government, etc.) that you, somehow, are the exception.  That in your case, God does not love *you*.  He loves everyone. Except for you.  How lonely would that feel?  Imagine being made to feel that not only does God not love you, but God cannot love you.  Because of “what you are”.

Imagine being made to feel that somehow you are being punished by God for your sins, or the sins of your parents.  Imagine being made to feel that you may be denied God’s grace, that you may not be permitted to be reunited with your friends, family and loved ones in the afterlife. Imagine being told that you’ll be in a lower glory, or, denied salvation entirely.  Imagine being conditioned to believe, by all that has happened to you, after suffering through this wearisome life, full of unrelenting tribulations, that your ultimate fate will be to be cast into Hell, where you will suffer and burn in incomprehensible agony for eternity.  Because you were born, through chance, gay.

But, we are signing up people for that all the time, by either directly causing gay people to feel this way, or be ignoring the fact that this happens.

However, I’m not talking only about how gay people have been marginalized by the church, but by other denominations, by other religions, by society, by government policies around the world.  What should or should not have been done in the past is not the issue.  The reality is, there are plenty of people (far too many of them) out there right now who are undermining the humanness and sense of self-worth of gay people all the time.

Our call as a church is not simply to ensure that our own members are behaving appropriately, but to also do what we can to help reduce or eliminate the suffering of people everywhere, most of whom have never even heard of the church, and never will.

By making the changes that we have, Community of Christ is providing some people with a small measure of peace, healing of the spirit, reconciliation, and justice.   Combined, these result in the person experiencing, to some degree, personal redemption.

Community of Christ is striving to be this safe haven.  This ties directly into our call to make Christ’s mission our mission.  In his 2011 address to the church (The Mission Matters Most!), President Veazey talked about the mission of Jesus Christ, as stated in Luke 4:18-19.

Regarding the words “let the oppressed go free” President Veazey noted that the Greek text more directly translates into English as:

“to send away in freedom those who have been crushed.”

The power of this interpretation really hit me when he said it.

The word “crushed” in this usage is NOT in the sense of “I was so crushed that we couldn’t get into the movie theater”. This is not “we were absolutely crushed to hear about your divorce”.  This is not “I was crushed when I found out that my vacation plans fell through”.  This is in reference to people who have been personally persecuted and oppressed to such a degree that they enter into a spiritual crisis.  They are they who feel isolated from God, who feel alone, who feel desperate.  They are they who are made by external forces to hate themselves.   They are they who resent ever having been born.

There are many reasons why people would feel spiritually crushed.  But in the 21st century, in first world nations, I think that gay people are probably among the most numerous people who have been spiritually crushed under the religious, societal and state oppression and judgment that for many of them has been unrelenting.

However, fortunately, some of these individuals who have been oppressively crushed by church, state, and society, have learned that there is a church out there that will love them for who they are, and accept them for who they are, but not in some limited or third class manner, but as equal to everyone else, fully able to participate in the life of the church.

In Community of Christ, they are no longer told “you’re an abomination”, or “your sex life is sinful”.  Instead, they are able to respond to God’s call; they are able to receive the sacrament of marriage, and their hearts are able to sing again; they can feel worthy of God’s love, and feel that they are acceptable to God (including their relationships with their partners).

They can feel loved again.  They can, as they recognize that God loves them, and always has, start to love themselves again, or perhaps for the very first time.  They will come to know that they are not rejected (by anyone that matters), and that they are not unworthy, wrong, defective, etc.

Human beings need to eat, and we need to drink.  We need food and beverages to sustain our physical bodies.  But we also need to drink of the living waters of Christ’s grace to be spiritually nourished.  For far too long, Christianity has forced gay people to wander in the desert, in the wilderness, in the wastelands, denied of provisions.  Parched, dehydrated, in some cases, reduced spiritually to dry husks, (for what can you be without hope), they have toiled under the lash of society and the scourge of the church.

Now, they can drink fully of the rivers of living water, and be rejuvenated, and made to feel alive once again.

Are we a small church?  Yes.  Are we struggling financially?  Yes.  Are we growing quickly?  No.  Are the results of National Conference to blame? Not at all.

And while we might not be growing quickly, we *are* growing, and we have been told:

“Do not be unduly concerned with numbers. Be fervent in your witness, passionate in your
discipleship, and vigorous in your labor on behalf of peace and justice. Where two or three such
disciples form community, there will the Spirit be. Many will come to see.” –Doctrine & Covenants 162:8b

One thought on “What Did We Gain from National Conference?”