This blog is part of my ZionBound series.  The full series can be read in post order here. 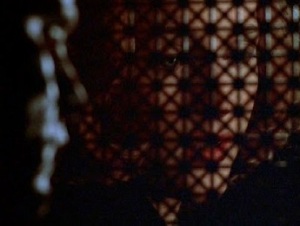 In my personal exploration of various church issues, I have noted that sometimes people bring up the concept of sin to help rationalize their position on a given matter.  Which I think is perfectly valid.

However, it then becomes needful to have a clear idea of just what we mean when we talk about sin.  When I think of sinful conduct, I tend to think of wicked deeds, great acts of evil, and deliberate defiance of God’s will.  Personally, I do think that such things are properly regarded as sins (whatever the specifics might be), yet, we probably would be wise to recognize that sins can take many forms, including much less villainous things.  Sin is, unfortunately, by no means confined to far distant global events, historical conflicts, or the thrilling stories of Hollywood & novelists.

At a priesthood meeting that I was running one day in my congregation, I took several minutes to express my personal opinion that taking people for granted is sinful.  This is something that really bothers me, as I see it happen all the time, and I am myself guilty of it.  Unfortunately, also all of the time.  One day, as I was frustrated with my own tendency to take people for granted, I was struck with the notion that doing so is not just something that is undesirable, not something that is just unwholesome, but, a true, actual (sinister music) sin.

More recently, I’ve come to realise that taking life for granted is also a sin.  Perhaps even more so.  Life is a gift from God.  Of all the gifts from our Heavenly Father that we experience daily, it is the greatest gift of all.  Therefore, taking our lives for granted is also an actual expression of sin.

However, identifying the above as sinful, or making lists of other sins, does not truly help explain what a sin is. The website for Community of Christ attempts to do so with these words:

“God created us to be agents of love and goodness. Yet we misuse our agency individually and collectively. We take the gifts of creation and of self and turn them against God’s purposes with tragic results. Sin is the universal condition of separation and alienation from God and one another. We are in need of divine grace that alone reconciles us with God and one another.”

This definition can be found on both the Basic Beliefs page, and on the Glossary page.  I think there is a lot of wisdom in these words.

However, I know that they won’t resonate with everyone.  In fact, a member of one of the Restorationist groups told me once that the Community of Christ definition of what a sin is was wrong.

So I asked him what he felt the proper definition of the word sin is.  He told me that a sin is something that someone does, or fails to do, resulting in that person being in violation of God’s law.  So, if you violate one of God’s commandments, you have committed a sin.  According to this person’s definition, this is in fact the only possible way that one can commit sin.

I think this view also has wisdom in it.  In fact, I think that perhaps both understandings of what a sin is may in fact be different ways of trying to express the same thing.  Though perhaps that is reaching a bit.

At any rate, I think the latter viewpoint probably resonates with a lot of church members, because it is perhaps a little more tangible.  It also perhaps helps keep people more clear on just what is sinful.

Being conservative myself (or, more accurately, a foundationalist), I tend to think that the latter understanding of sin would be more readily embraced by many church members, particularly those with traditional beliefs, than the statement on the church’s website.  Its a more yardstick approach to the subject.

The interesting thing about such a view pertains to the conviction that a sin cannot one day cease to be a sin.  I’ve seen or heard this position used by many people when engaged in some sort of theological chat.

However, this position is actually not correct.  If we regard sin as something that violates the law, then it is indeed very possible that something regarded by God as sinful could, one day, no longer be so viewed (by God).

In fact, this has already happened.

Remember, the premise here is that a sin is doing something forbidden (or failing to do something required), by God’s commandments, the Law.

Let us consider then the consumption of pork.  According to the Old Testament, God forbade the eating of pork.  Doing so would therefore be sinful.  Or, in other words, it would be a sin to eat pork.  Eating pork was one of a whole host of sinful deeds, as recorded in our scriptures.

Yet, we read in the record left by the Nephites that the Law ended in Christ:

“For behold, the covenant which I have made with my people, is not all fulfilled; but the law which was given unto Moses, hath an end in me.” –Third Nephi 7:9 (CofC 1908)

Because Christ ended the law, something that was considered sinful (eating pork), ceased to be sinful.  Therefore, we know that it is indeed possible for something that was truly regarded by God as sinful, in times past, to cease to be so regarded under other circumstances.

As Christians, we should be dedicated to the truth, and therefore, we have to acknowledge, even if we really don’t want to, that something can cease to be sinful.

Knowing this to be the case, how we are viewed as individuals, as Christians, as members of the Restoration, will be a reflection of how we respond to these insights – will we embrace them, or, if not, at least accept them, or will we try to ignore, or even supress such truths?

How we deal with such a shift in our theological views will determine whether or not we will walk the road of divinely induced transformation (which will move us closer in alignment to Christ’s purposes), or embark upon the road of stagnation.  As one of our founding principles happens to be Free Agency, God leaves that choice to you.

What is your understanding of sin?
How do you feel about the suggestion that something previously regarded as sinful (by God) might no longer be so viewed by Him today?
Does this concept seem threatening in any way?  If so, why? Are there some sins which you feel will remain sinful forever, and others that might not?  What determines this for you?